Every grandma and mother-in-law thinks they have a few tricks up their sleeve to predict whether you're going to have a baby girl or boy.

Over the centuries, these old wives tales have been passed down through generations and often reinforced by anecdotes (I told you it would be a boy!).

Some of these gender prediction methods might actually have legitimate biological underpinnings, but most are just about as good as the flip of a coin! It's definitely more accurate to estimate what your baby will look like using a genetics calculator!

Either way, they're fun ways to make guesses and predictions, and maybe inspire some friendly betting on whether you'll have a little son or daughter! In the meantime, you can check out our list of gender-neutral baby gifts, and if you're feeling lucky, our lists of baby boy gifts and baby girl gifts!

Here are 19 Fun Ways to Guess Boy or Girl!

These are in no particular order - they aren't better or worse than each other. With some exceptions for a couple clues that actually might have a sound basis in science.

If each one has just a sliver of truth, it could be fun to see how many you get!

This is one of the most common and easily observed gender prediction methods that people love to use, and is most commonly used during the second trimester and third trimester.

In fact, it's so easy to use and commonly known that you might even have random strangers let you know their guesses, for better or worse!

This old wives tale suggests that the higher the linea nigra extends up above your belly button, and the darker it is, the more likely you are to have a boy.

This story might come from studies showing that the linea nigra might reflect sex hormone differences, but it seems like it's really more a matter of mom's age during pregnancy.

In the below photo, notice how the linea nigra goes higher than the belly button and is darker? That suggests she's having a boy!

One old wives tale proposes that the heart rate of a female fetus is faster than a male fetus.

While there is no scientific evidence for this difference, many moms-to-be report that they felt a difference in the intensity or speed of the fetal heart rate when they had a boy versus girl.

One study from the Imperial College School of Medicine tested whether the differences moms are perceiving might be due to changes in heart rate variability.

But that study also found no differences in any heart patterns between male and female fetuses. Not to be a party pooper, but that strategy doesn't seem to work very well either!

If you can't make it through your day without someone commenting on how healthy and shiny your hair looks, you might be having a boy!

There's no scientific basis for this suggestion, but we do know from studies that hair can look different due to changes in cortisol levels during pregnancy, but these happen whether you're having a girl or boy. 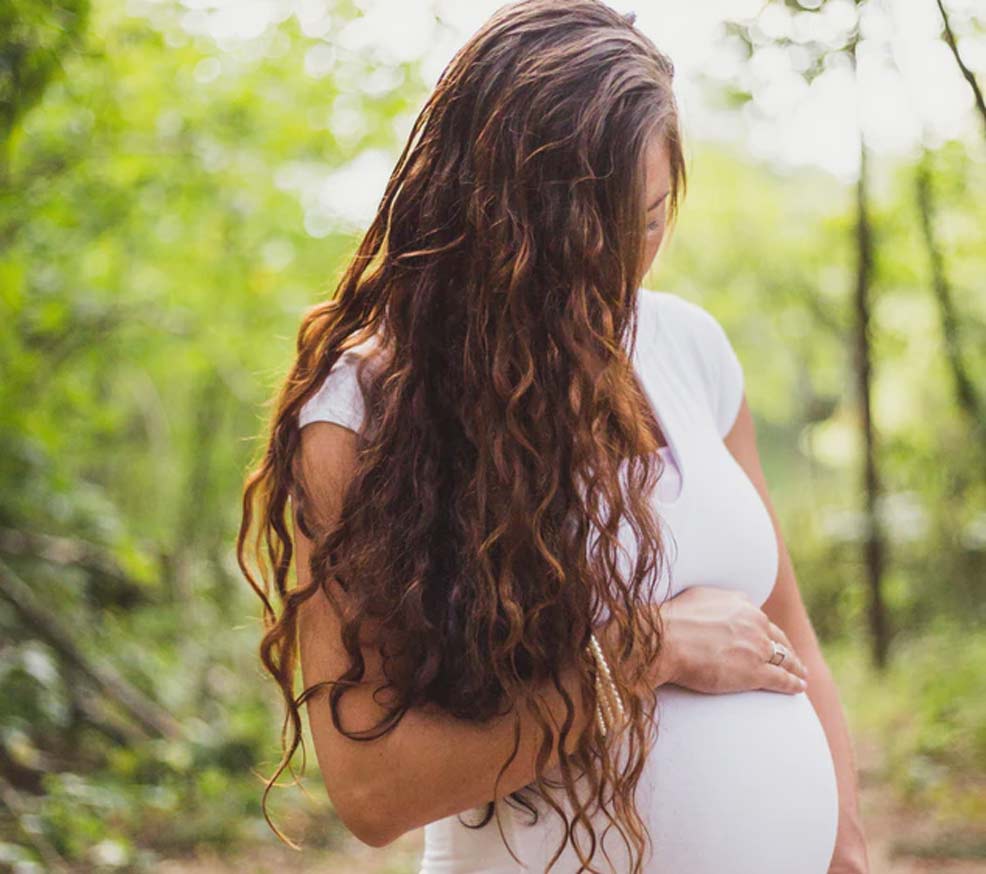 Not that type of cold feet!

Actual cold feet, and cold hands, have been suggested as a sign that you're carrying a boy. This myth isn't super common in the USA, but it's very strong in some Eastern cultures.

Realistically, if your feet or hands are cold during pregnancy, it's more likely that you're not getting enough blood flow to your extremities.

You might want to get up and do some light activities to get your blood flowing! You also should call your doctor if the issue persists.

One pregnancy myth suggests that the likelihood and severity of morning sickness, especially during the first trimester, increase when you're carrying a girl.

This one might actually carry some truth. In a recent review of this research, women who had severe vomiting and nausea during pregnancy were 50% more likely to be carrying a girl.

However, note that this pattern was only for women with severe enough (and not just in the morning!) nausea and vomiting that they needed to be hospitalized.

So at an extreme, it might be meaningful, but in most normal pregnancies it's probably not worth much.

This old wives tale says that moms carrying a boy will have an insatiable craving for spicy and salty foods.

Indian food, chocolate-covered popcorn, a burger with pepperjack cheese? Count me in!

There's no strong scientific evidence that food aversions or cravings during pregnancy have anything to do with the sex of the developing fetus.

There is some research, however, suggesting that food cravings and aversions are more likely in women who adhere to cultural norms regarding food during pregnancy.

This one might actually carry some degree of truth according to some research!

Recent research suggests that it's more likely for women carrying a girl to have a sweet tooth during pregnancy.

And women who craved fruits and vegetables during pregnancy were more likely to be carrying a boy.

So while your cravings are unlikely to accurately reflect whether you're going to have a girl or boy, they might give a little hint in that direction!

#9 - Sleeping on the Left or Right

One old wives tale suggests that pregnant women will sleep on different sides depending if they're more likely to be carrying a boy or girl.

There is some research suggesting that sleeping on one side or the other is more comfortable for different people (with the left side being a slight preference overall), but it doesn't seem to have anything to do with the sex of the fetus.

Another myth suggests that pregnant women who gain weight in different areas of their bodies are more likely to have a boy or girl.

Women who gain more weight in their hips, butt, thighs and face are more likely to be carrying a girl.

But if you only seem to be gaining weight in your belly area, you're more likely to be carrying a boy.

We couldn't find any science suggesting there is any truth to this, but we did find some evidence that women carrying a boy tend to have some hormonal changes that can cause them to gain more weight during pregnancy. But it wasn't specific about where exactly that weight would be gained.

This is another one without any scientific basis - that women carrying a boy are more likely to have dry skin.

In reality, most pregnant women report some dry skin and itchiness during at least one of their trimesters.

According to some research, pregnancy causes a stretching and expansion of skin that can cause reduced oil production and dryness.

This is similar to the beautiful, shiny hair myth above.

In this old wives tale, women who have glowing skin are more likely to be carrying a boy.

Are people telling you how amazing you look, that you're glowing, or blooming? Well, that was thought to be a sign you're having a boy.

Just like the story with the hair, there's no truth to this one!

This one might have been written by a palm reader, it's definitely one of the strangest myths on this list!

No offense to palm or tarot readers, of course.

Anyway, this one says you need to take a strand of your hair and hang your wedding ring on it.

Then, hang that above your belly and watch what it does. If it spins around in a circle, you might be having a boy!

Yup, it's really that ridiculous. You're probably better off keeping the ring on your finger or putting it in a safe place!

This old wives tale says that if one of your breasts is larger or sagging lower than the other, it can indicate the sex of your fetus.

If your right breast is larger, you're more likely to be having a boy. If your left breast is bigger, it's a girl!

Remember, if you're looking in the mirror this can get confusing! Almost as confusing as this old wives tale itself!

If you're suffering with outbreaks of acne, one pregnancy myth says that you're more likely to be having a girl.

Truth be told, many pregnany women suffer with bouts of moderate to severe acne, largely due to hormonal changes and oil production in your skin.

But none of that has anything to do with the sex of your baby!

Another old wives tale says that if your urine is darker or brighter than usual during pregnancy, you're more likely to be having a boy.

If your pee looks pretty clear, a little cloudy, or light yellow, you're probably having a girl.

In reality, according to research urine color has way more to do with hydration status than anything else. If your pee is darker than normal, drink more fluids!

This one is just as ridiculous as the swinging ring.

Look at your pillow when you wake up, and break out your handy-dandy compass.

If your pillow is facing north, you're probably having a boy. Facing south? More likely a girl.

Don't have a compass? Don't worry, this old wives tale is complete nonsense!

Is it larger, lower, and wider? Probably a boy.

This one is similar to the carrying high or low myth, both of which are ridiculous!

This one is a lot of fun, and involves looking at your baby's first ultrasound.

It's based on basically non-existent science, but it's a fun method.

We describe the Ramzi Method in full here!

You can predict when you will ovulate by using the below ovulation predictor and...